If you have an introverted personality, never listen to anyone who says that you won’t be able to succeed in real estate. If that were true, then introverts wouldn’t be able to succeed in any career field. This would mean that every introverted person would be broke. See where we’re getting at? Being an introvert is not a bad thing, it just means that you work better in smaller groups, rather than large. Just because you aren’t ever really “the life of the party” doesn’t mean that you can’t have a financially rewarding life. 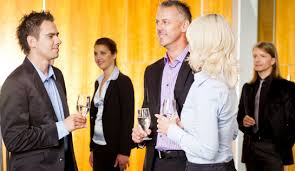 That being said, real estate investors aren’t going to come knocking on your door, you’ve got to look for them. In this business, you sell yourself. People have to know who you are, as you are your own brand. Networking is perhaps the most important piece of the puzzle. Attend any and all events you hear about. You don’t have to become the hit of the town, but you are going to need to make connections.

When you are at an event, make an effort to talk to people. Simply attending the event, not meeting anyone, and going home, is worthless. You may as well not go, if this is the case. Start with small-talk. If you’re in line at the bar for a drink, ask the other person what they’re going to order. It’s really simple. The hard part is just saying hello. Once you’ve done that, the conversation flows easily from there. Don’t feel silly googling “great real estate conference icebreakers,” or something of the sort. You are not the only one searching that phrase! You’ll find that most people at the event are just as nervous as you. Going out of a comfort zone is tough for anyone, even for the extroverts. 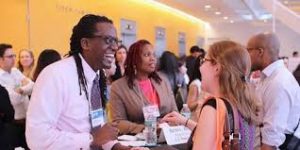 The alternative to not getting out of your comfort zone is failing at real estate, and being broke. When you look at it from that angle (which is the truth), saying “hello” to someone at the bar might not seem as big of a deal. Never show up empty handed when it comes to your business cards. You should always have extra with you, as you never know how big the turn out for the conference could be. You also may end up talking to more people than you expect. Always have plenty on hand, no matter where you are, not just at an event.

Find out how far the event is from your house. You don’t want to be late, ever. If anything, you want to be early, for that is the time to mingle and meet new connections. Figure out how long it takes to get there, so that you can calculate in traffic time. When you get there, if you see anyone else that looks uncomfortable, go over to them. Your icebreaker in this situation can even be “You look a little nervous. I know I am.” That is sure to strike up an interesting conversation. Chances are, they’ll just be happy someone came up to talk to them! 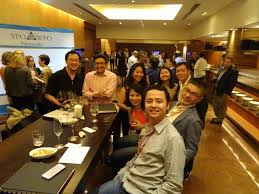 One of the most important things when networking is to collect your thoughts before you speak. When you ramble, you look ignorant and unintelligent. Intelligent people think before they speak. Not to mention the fact that by talking too fast (or too soft), people won’t understand what you are saying. If there has to be a moment of awkward silence while you gather your thoughts, so be it. It is better than filling the gap with “um,” “like,” or “you know.”

When you leave the networking event, think positive! Now is not the time to beat yourself down for anything you said that you feel embarrassed about. Congratulate yourself for having the confidence to go, and talk to people. Half of what is great about conferences is that they build your social skills.

2 thoughts on “Introverts Unite! How You Can Still Be Successful In the Real Estate Industry With an Introverted Personality Type”